A good cocktail really is a magical thing. In the hands of the right bartender, a selection of ingredients can be transformed into something greater than the sum of its parts. A mixture of knowledge, skill, theatre, customer service, speed and execution; proper cocktail bartending is a profession that requires as much passion and dedication as any trained chef or snooty sommelier. The drinks they make are exercises in creativity and balance of flavour, texture and mouthfeel. They are – when done right – nothing short of liquid works of art.

Bartending used to be a thing that people in Perth did while they were waiting to get a real job. Thankfully that attitude is becoming a thing of the past as establishments across town nowadays are frequently staffed by dedicated professionals for whom making the perfect drink is a lifelong ambition.

Even the style of cocktail service has changed these days. Rather than just pick an item off a list (although that’s definitely still an option), it’s becoming more common to have an interaction with your barkeep and to get them to recommend something based on your individual tastes and preferences.

The following list contains our favourite places to get a top-notch tipple made by some of the best booze slingers in the country. 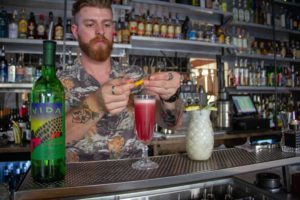 Located in the heart of Northbridge, Panama Social has injected some “neotropical” swagger – not to mention a whole lot of fun and some delicious cocktails – into the heart of this vibrant nightlife district.

Bought to you by some of the city’s most accomplished hospitality operators (their other venues include Tiny’s and the ever-expanding Mary Street Bakery empire), head bartender Tom Kearney (formerly of Mechanics Institue/The Dominion League) has put together a rum-heavy list of beautifully balanced cocktail creations.

Whether you have a single drink or share one of their infamous punch bowls, all of Panama Social’s drinks are crafted with a serious level of craft and dedication that belies the fun and frivolous nature of the rest of the joint. Their Latin-influenced food menu is also top-notch, so be prepared to stay around for a few snacks or even a whole meal. 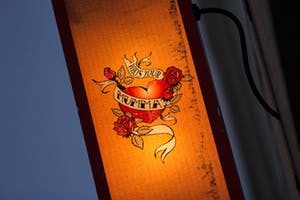 Tucked away underneath some shops on South Terrace, Who’s Your Mumma is a fantastically quirky little joint that is a great reward for those willing to explore a little further out of downtown Freo.

While they don’t have the biggest back bar in town, what they do have they put to good use in coming up with some creative inventions that are as tasty as they are left-field. Who’s Your Mumma also does come kick-ass bar food to accompany your liquid refreshments too (we’re utterly addicted to their pork buns, soooo good slathered in Sriracha!). 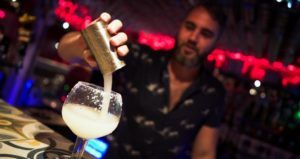 Think that tequila is only cheap and nasty stuff that is accompanied with lime, salt and an inevitable sense of regret? Think again!

Located in a secluded basement of Queen Street in the CBD this self-described ” late night underground tequila bar and cantina” proudly boasts over 200 tequilas and mezcals, and boy howdy do they know how to use them!

Everything from margaritas (including frozen, regular and Tommy’s varieties) to Palomas and other agave-based beverages is covered here. We’d especially recommend their ‘Largeria’ – a king-sized cocktail intended for two that consists of a large frozen margarita with a tiny corona upended in it. Adventurous souls can also “play darts” where $10 buys you the chance to win a variety of different drinks. 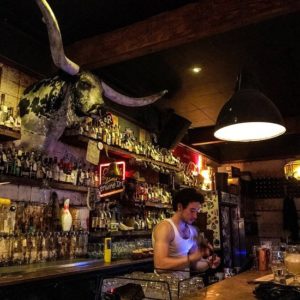 Single-malt-drinking whisky snobs might favour tipples produces in places like Scotland or Japan, but those really in the know are aware of the rich and varied amber liquid produced in the good old US of A! Find your way down the right alleyway in Northbridge, head up the stairs and you’ll come across this homage to honky-tonk bars, American whisky and country music.

We’d definitely recommend their outstanding take on a whiskey sour (served with a blowtorched marshmallow), while those that like their drinks stronger can try their signature Sazerac (a cocktail born in New Orleans that combines whiskey with bitters and a hint of absinthe).

You can also soak up the aforementioned booze with their selection of American bar food classics like fried chicken, cheeseburgers and wings. Yeehaw!

Although not technically a specialist cocktail bar, the guys and gals at No Mafia actually whip up some of the tastiest drinks anywhere in town.

Don’t believe us? We once took a non-drinking American food blogger who didn’t like the taste of alcohol there on a media visit and their Nocello Limonade was so good that she finished the whole thing and now drinks them regularly at a bar in her home town.

The Godfather Old Fashioned (made with your choice of an in-house made flavoured sugar cube), Basil Aperol Spritz and fantastic homemade Limoncello are worthy of honourable mention too.

Check Our Bar Tours In Perth